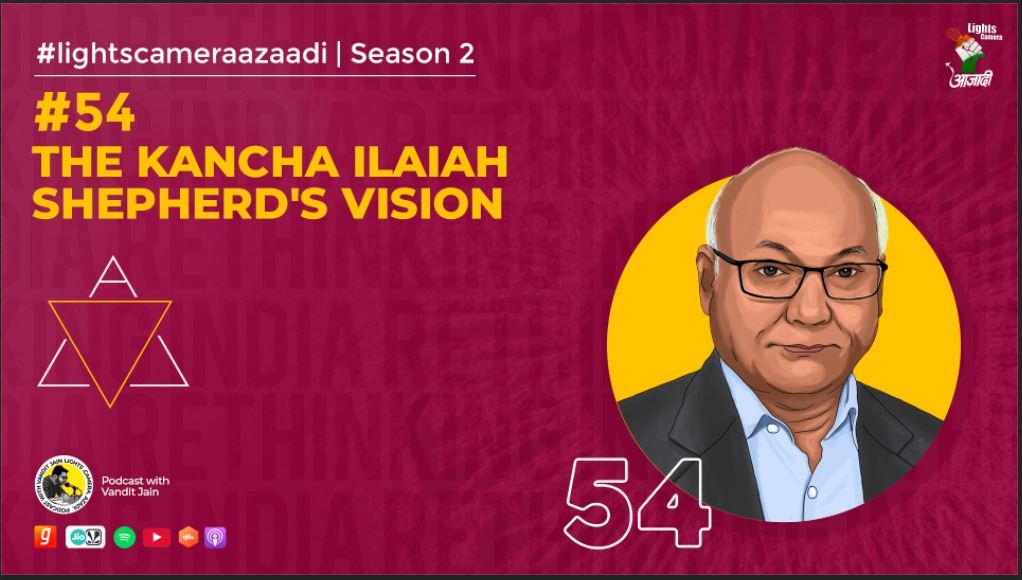 About Kancha Ilaiah Shepherd
Kancha Ilaiah was born on 5th October, 1952 in the village of Papaiahpet, Warangal district in Telangana State. His family belonged to the sheep-grazing Kuruma Golla caste which is considered as one of numerically dominated sub-caste among the Telugu speaking. Ilaiah has an M.A. degree in political science from Osmania University, Hyderabad and an M.Phil. awarded for his study of land reform in the south Indian state of Andhra Pradesh. He was awarded with Ph.D. degree for his work entitled ‘Political Thought of Gautama Buddha’, later it was published in the form book entitled ‘God as Political Philosopher: Buddha’s Challenge to Brahmanism’. He has been a recipient of the Mahatma Jyotirao Phule Award and was a Nehru Fellow between 1994-97.

Timestamps
3:15
Understanding Professor’s life story
28:00
Professor’s fight for English Education
46:30
The cultural burden on the marginalized section
53:15
The changes in language policy that Professor seeks
1:10:45
Difference between Shudra and Bahujan
1:24:55
Looking at the marginalized section in the minority religion
1:31:50 to end
The rise of Modi and the decline of Congress