#3 From Amritsar to Kabul

On August 15, 2021, Kabul fell by the capture of the Taliban via a military offensive and hence begins the draft of unpleasant Afghan history.  The world of media – social, print, and television went on fire, and it didn’t seem to stop. When I write this on September 5, 2021, many media houses still cover the ‘latest developments’ via ‘sources’ (mostly unverified).  The sights were heartbreaking and promised you a reality you may not want to be a part of ever. Freedom, innovation, human rights, justice, equality, or any other value that signifies a peaceful and progressive nation seems to be eroded for the foreseeable future. This incident should also force many in the liberal and progressive circles to rethink their position on fundamentalism and extremism. The conservative Indian society(and the world) has always used these incidents to drive Islamophobia and attack the Muslim community as a whole; due to this, many of us put extremism on the back burner as invariably it would lead to ‘people following Islam’. Many thought it is best to avoid this topic. Many also saw them (extremist forces) as mere ‘rebel forces’ trying to fight ‘American Imperialism.’ As a general rule of thumb, I don’t trust men with guns.

I don’t remember discussing extremism in any liberal-progressive circles. It was considered taboo to bring this topic up as it was often seen as an attack on the Muslim community. Now that the genie is out of the bottle and we witness the naked dance of extremism, it is time to re-access our position. When these forces have the power, they will do everything illiberal, which many stand for. They are murderers and fascists who thrive on extreme othering, and they advocate medieval law as the law of the land, which is hugely anti-women and anti-progress. It is time we address the elephant in the room and seriously considers a possibility where extremist forces are considered a threat to our society. There should be a dialogue on this without being Islamophobic. To give you a perspective, the distance between Amritsar and Kabul is merely 770 km, and Amritsar and New Delhi are approx. 500 km far. To think that the Taliban has the best intentions for India is daydreaming and believing that it doesn’t have a strategy against India’s interest is plain wishful thinking. Today (September 5), the Taliban confirmed that ISI Chief Lt Gen Faiz Hameed had met its de-facto leader Mullah Abdul Ghani Baradar. This development comes in when the Taliban inches closer to finalize the government. India is on the backfoot here, as ISI gets cozy with the Taliban. 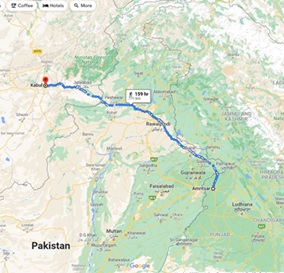 If I understand human nature correctly, they are high on power and a deadly kind of toxic power right now. So while they will spend months claiming legitimacy, they will have expansion plans sooner rather than later. Taliban will develop many communication channels between Taliban and forces in India, and ISI could be a party to this. So I will not be surprised if the Taliban expands to many parts of the J&K region in a few years. This is how serious I expect the situation to be. Possibly many are rejoicing in the victory of the Taliban and drawing inspiration from them. They are the Taliban’s target groups. It is essential to realize that it directly affects us whenever things happen in our neighborhood, especially something with such magnitude. There are ripple effects. Hence, this situation is different from, let’s say, the rise of extremism in Somalia.

What does the Taliban mean for India?

There is a more profound analysis about this in various media and think-tanks, and I may not add a very different point of view. Still, I would choose the latter between a hostile Taliban and a Taliban on India’s side. We have lost a massive gamble in Afghanistan, to quote the economist

“Since 2001 India has spent a non-trivial $3bn or so to bolster the American-installed regime. It built roads, dams, power lines, clinics and schools across the country. It trained Afghan officers, including women, in its military academies. It gave scholarships to thousands. India even presented a fancy new parliament, complete with fountains and a gaint dome.”

Afghanistan’s democratic government was also our counter to Pakistan for many years, with Kandhar and Quetta just miles apart; Balochistan was our counter-balance to Kashmir. 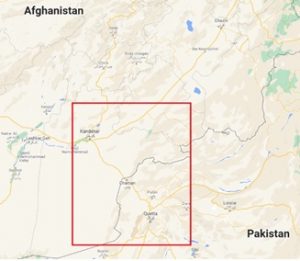 All of this has gone for a toss. India is left with no option but to understand the Taliban’s interests and protect India’s interests in return. With my little understanding, the Taliban immediately would want legitimacy, which will be derived by being recognized as the legitimate government by many countries, including India.  The question is, how will it impact India’s domestic politics with this move? As for the longest time, our stance has been ‘Talks and terror cannot go together’. If we depart from this doctrine for the Taliban, it will be expected to hold talks with Pakistan or another organization tomorrow. Otherwise, it may look inconsistent or hypocritical on our part. The clock is ticking, and the Modi government needs to decide on our course moving forward and take the steps that shall set in motion at least the next ten years of India-Afghanistan relations while ensuring regional peace and national security.

If you like my work, you can support me on Patreon

Did you hear the latest Lights | Camera | Azadi episode?

Disha Ravi was on the podcast, and we talked about climate change, environmentalism in India, climate education, and justice.